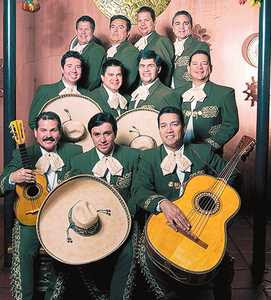 For the Twelfth installment of the MACT Project, we present Volar, Volar, as performed by Mariachi Cobre.
I remember when the 25th Anniversary CD of Mariachi Cobre's work made it into my hands, some ten or twelve years ago, I was so excited that I had their CD on replay, for at least a week. The reason why I enjoyed their music was because I could relate to them; for the most part, the large majority of their members, at the time, were Mexican-American, or whatever term one chooses to designate said population. So, I felt more of a connection to them, than suppose, Mariachi Vargas de Tecalitlan, or others, where the vast majority of the people in their group are native born Mexicanos (granted, this was an assumption that I held, which in some cases, was not totally true.). Well, one of the songs that I played over and over again was Volar, Volar.
Here, I present the work of Mariachi Cobre: Volar, Volar
For the downloadable PDF's click link below:
http://j.mp/bnyOPs
Audio of Volar, volar, on youtube, by Mariachi Cobre: http://bit.ly/4srqd4
(Violin 1, Violin 2, Violin 3) 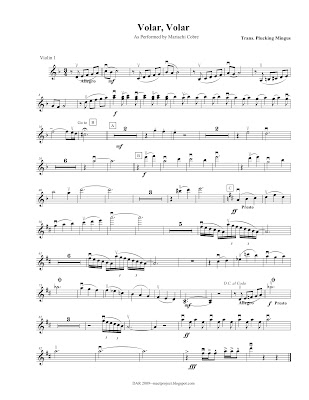 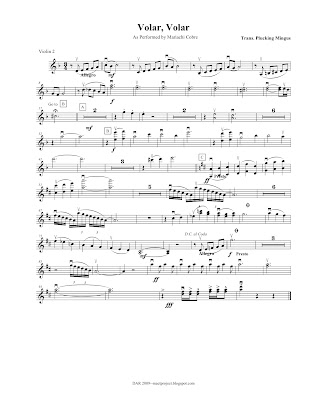 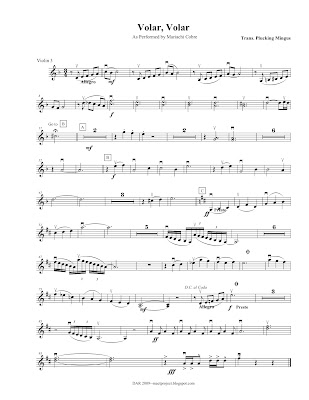 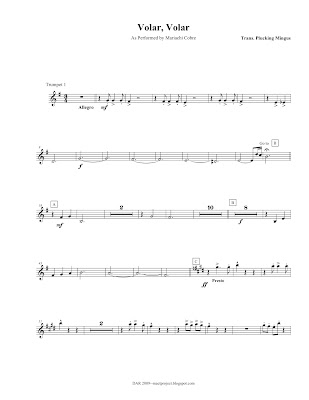 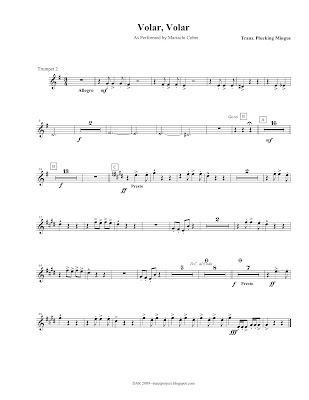 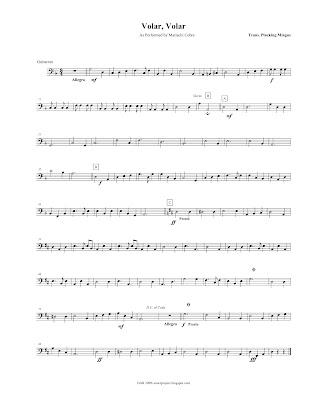 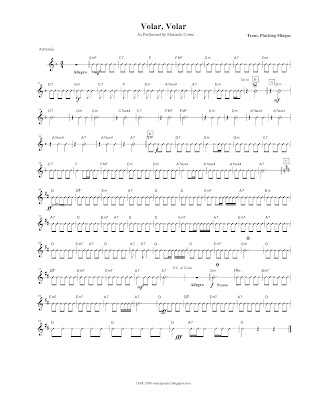 For the downloadable PDF's click link below:
http://bit.ly/36WiUE
Posted by Unknown at 4:06 PM